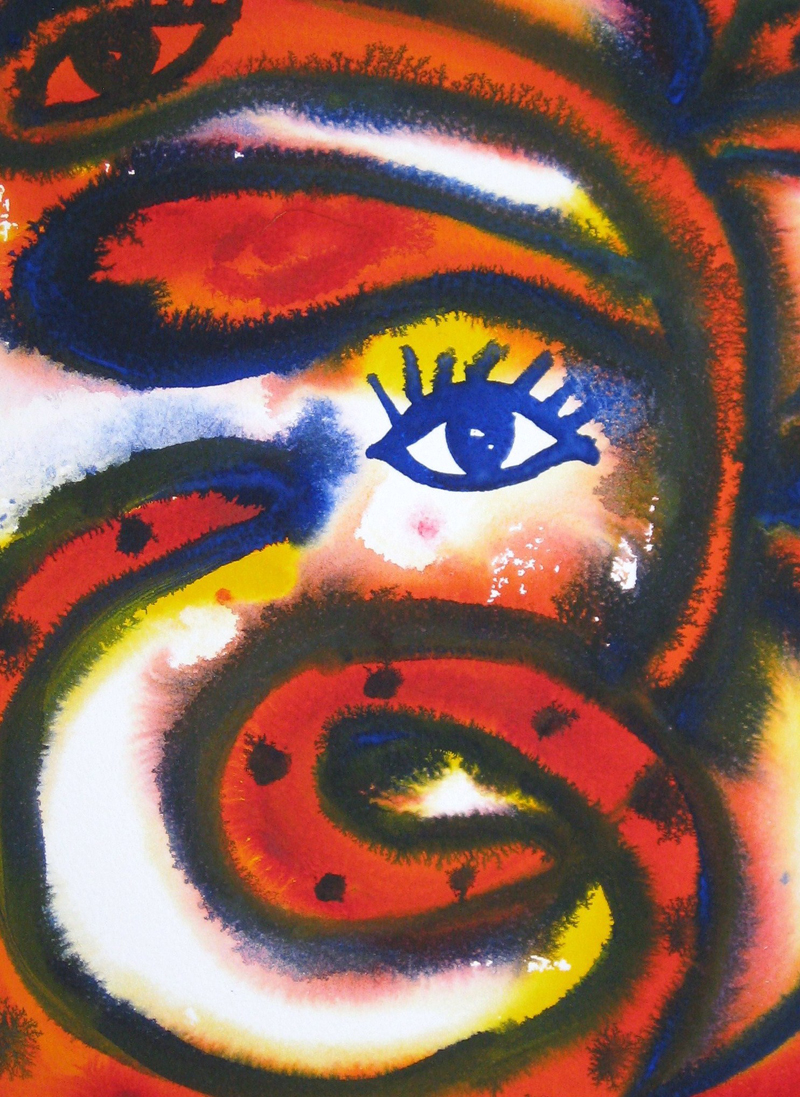 Iku Higuchi's work expresses the human evolution, the field of biological science, in unique imaginations as an artist. By blending the oil painting and the ceramic clay powder, the mother earth is expressed and the origin of human life is described.

250 million years ago, the earth was collided by meteors that caused active lava movements, volcano eruptions, and the oceans to be dried up. It is said that 95% of the creatures died and the earth was destroyed almost entirely. However, only 5% of the lives on earth survived, which included the seed, or the source of human life. Through varieties of processes, the gradual evolution is expressed.