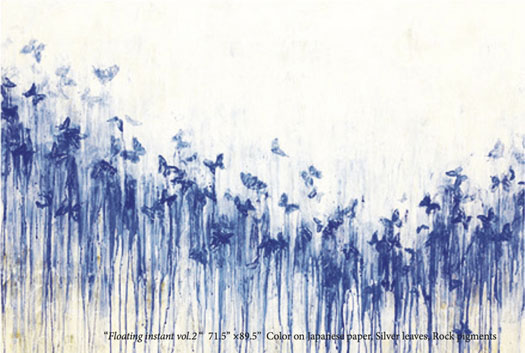 Otake is one of the leading young Nihonga artists in Japan. A common theme Otake uses in her works are butterflies and flowers. Butterflies here means "Psyche" from the Greek, life in the sense of "breath", "spirit", and "soul" and ultimately "ego" in the sense of conscious personality. She paints butterflies in her works representing these symbols: soul, mind, "Numen"(the power of God), but also beauty, shimmer, and spiritual renaissance.


Today, the term Nihonga refers not to a particular style alone, but it is used in a broader sense to refer to various types of paintings with Indian ink or mineral pigments mixed with animal glue on a support such as silk or Japanese paper.

Otake's canvas is not only paper or folding screens. She painted cherry blossoms and butterflies in the guest room in Park Hotel in Tokyo. Her beautiful motifs express infinite passage in time, and uncertainty and fact that we remain the same while the world around us changes incessantly.

Hiroko Otake was born in Japan and is currently working on her new pieces in New York given a grant by Agency for Cultural Affairs Government of Japan. She graduated from Tokyo University of the Arts with a BA in :Japanese Painting, and later received her PhD in Fine Art. She has been exhibiting her art extensively in various places such as Megumi Ogita Gallery in Tokyo Japan, Seibu Ikebukuro Art Gallery in Tokyo, Japan, IAM Gallery New York, USA, and AMBIT Gallery Barcelona, Spain. She has also had group exhibitions at various Art Shows such as Art Fair Tokyo, Art Nagoya, and New City Art Fair Taipei.

This exhibition is supported by Consulate General of Japan in NY. 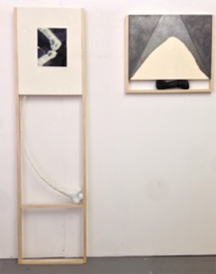 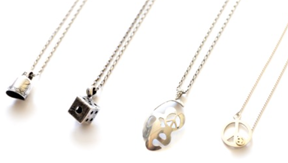